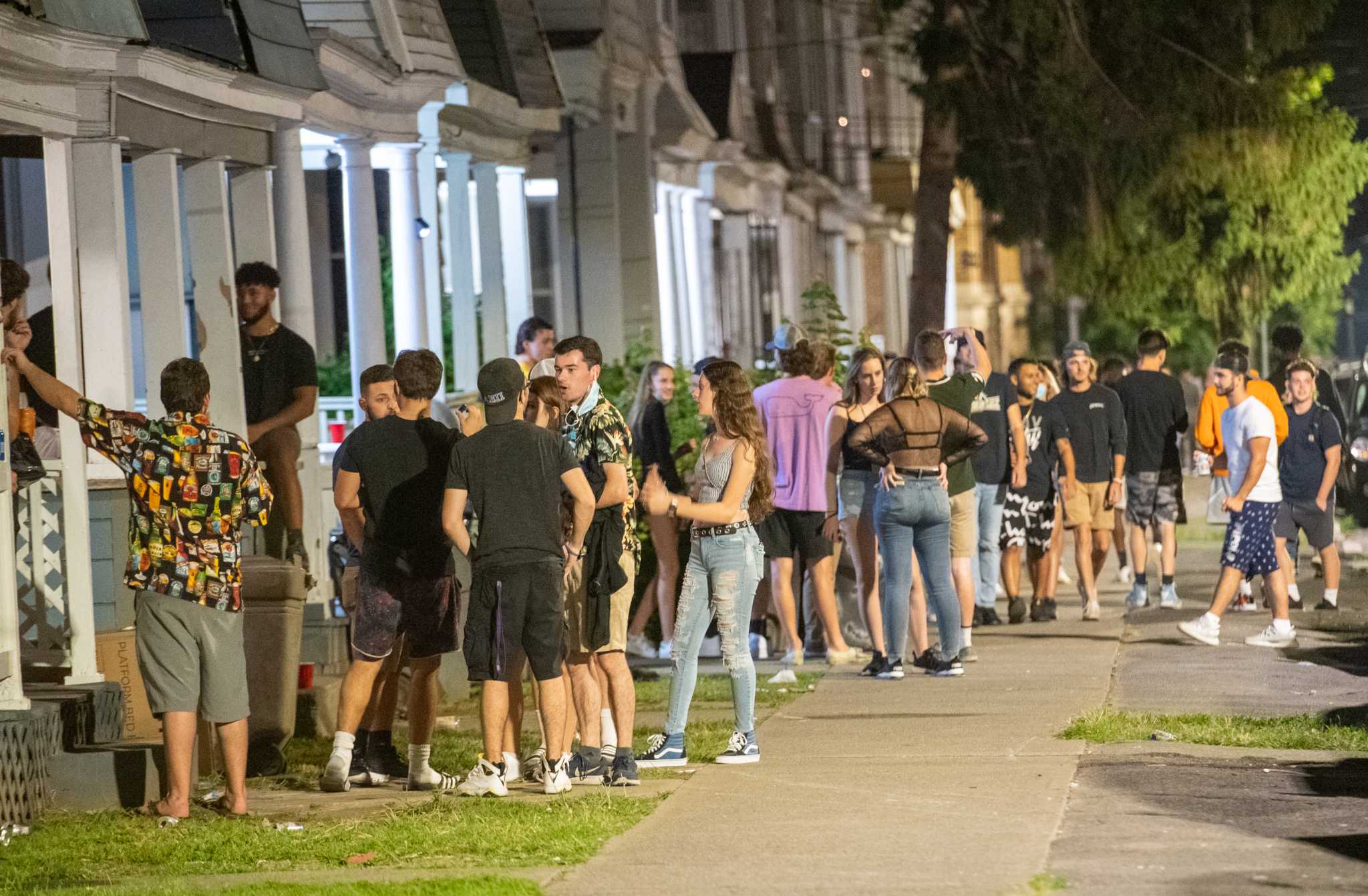 ALBANY — A video of hundreds of college students watching a brawl in Albany was widely shared on social media Sunday.

The clip published on Barstool Albany’s Instagram account, an affiliate of the popular sports media outlet, shows several people throwing punches at each other as crowds churn alongside them.

After the melee, several of those fighting ran away and the camera pans out to reveal over a hundred bystanders packed onto porches and on the street.

Classes at University at Albany resumed on March 19.

The 32-second clip racked up over 8,500 views an hour after being posted on Sunday afternoon.

Albany police were already in the area monitoring large groups of people when a call came in around 1:45 a.m. reporting a fight on the 400 block of Hudson Avenue between Quail and Ontario streets, officials said.

There were no arrests, but two men were treated with head lacerations, possibly from a broken bottle, said Steve Smith, a police spokesman. One was taken to Albany Medical Center Hospital for treatment, while the other was treated on the scene.

“Officers managed to safely clear the street and we maintained a presence in the area,” Smith said.

Smith said Albany police are in contact with area universities.

University at Albany officials said it’s difficult to tell from the video who was actually involved and crowds often consist of more than just college students.

The university’s standard practice is for the Dean of Students Office to compare notes with Albany police and review all available social media video and images.

“If we’re able to identify any UAlbany students involved in conduct violations, they will be held accountable,” said Jordan Carleo-Evangelist, a university spokesman.