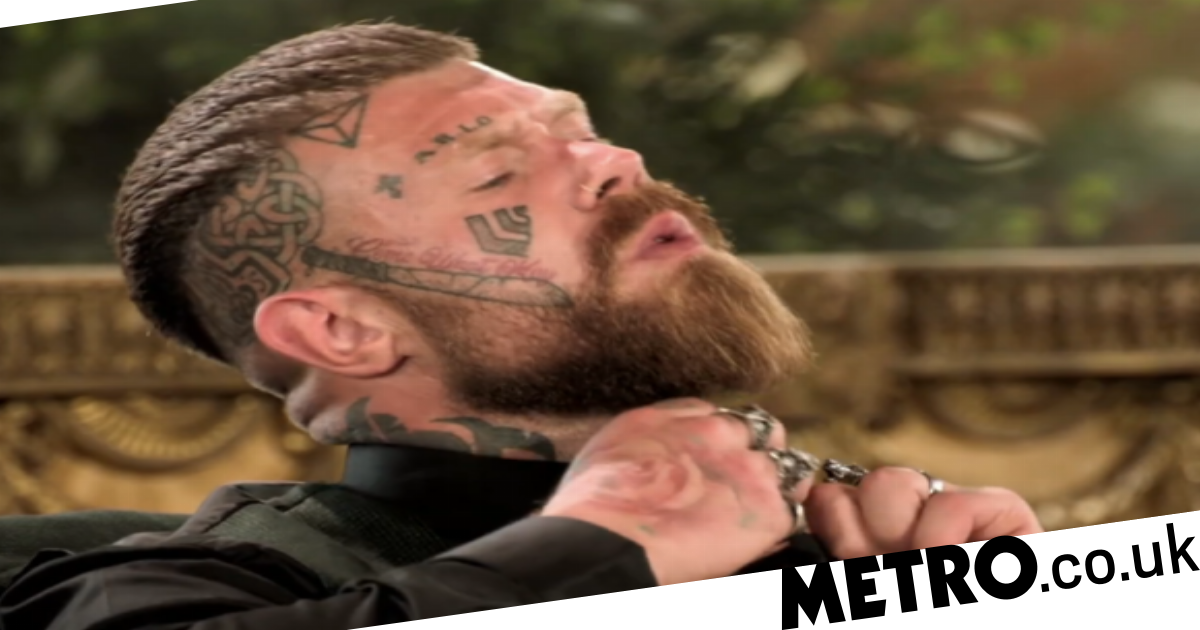 
Married At First Sight UK star Gemma got a bit hot under the collar after walking down the aisle with Matt.

The hair salon owner and barbershop boss were the latest couple to tie the know on Thursday’s episode of the social experiment programme.

Sharing a love of tattoos, the 30-year-old instantly fell for her Huddersfield-based groom, saying he was ‘above and beyond everything I was hoping for.’

The feeling was reciprocated with Matt declaring they ‘looked like they belonged together’, adding he was bowled over by Gemma’s ‘beautiful smile and face.’

After say ‘I do’, Gemma, who earlier said she had a very high sex drive and was looking forward to getting under the covers with her new spouse, was being rather tactile as they sat at the top table.

Caressing her new husband, while perched next to her mother, Gemma cooed before joking it may not be the best idea in front of her parent.

Speaking to the camera, an uncomfortable-looking Matt said: ‘It’s nice to know the attraction is there, just tone it down a little bit.’

However, Gemma clearly didn’t get the memo, telling the audience later: ‘I’m going to sit on his face very shortly.’

Towards the end of the episode, it appeared Gemma’s libido might have concerned Matt as he called her sexual references ‘too much’.

‘I’m trying to work out if it’s a front or her real self,’ he added.

Will Matt and Gemma see eye to eye in the bedroom?

Elsewhere in the episode Sophie and Jonathan got hitched, although failed to find common ground with interests.

After clashing over food, Jonathan said: ‘I’d probably say she was more of a Waitrose or M&S, and I’m more of a Morrisons sort of guy, so hopefully we can come to some sort of compromise on that.’

Married At First Sight continues on Monday at 9pm on E4.

If you’ve got a celebrity story, video or pictures get in touch with the Metro.co.uk entertainment team by emailing us celebtips@metro.co.uk, calling 020 3615 2145 or by visiting our Submit Stuff page – we’d love to hear from you.