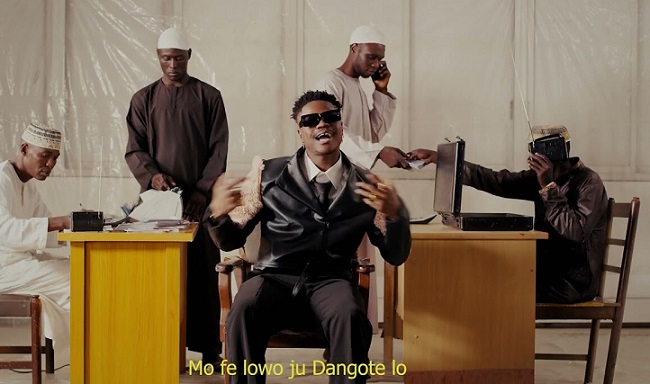 
Bad Boy Timz, the Nigerian singer, has come through with his latest single titled ‘Big Money’.

The song, which was put out on streaming platforms on Friday, comes after ‘Iz Going’, the singer’s hit single in July.

The project also sees the musician talking about his desire to take care of his mother and make more money than Aliko Dangote, Africa’s richest man.

Bad Boy Timz, whose real name is Olorunyomi Oluwatimilehin, gained fame in 2019 after the release of the smashing song ‘Micheal Jackson’ (MJ).

The 23-year-old has won awards and attracted recognition for his craft.

In 2020, he won the ‘Rookie of the Year’ category at the Headies Awards and also the ‘Best New Act’ at the City People Entertainment Awards.