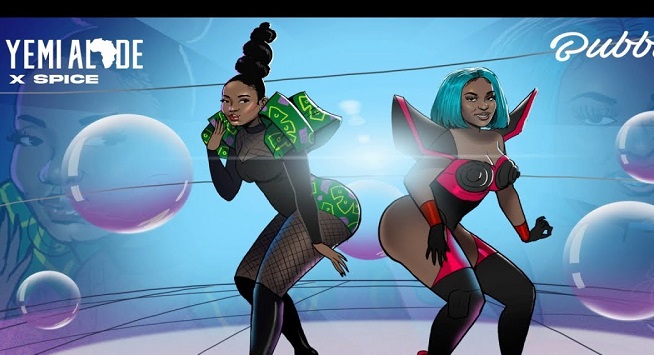 
Yemi Alade, the Nigerian singer and songwriter, has put out a new single titled ‘Bubble It’, featuring Spice, the Jamaican songstress.

In the less than four-minute track produced by VTek, the singers deliver a smooth blend of Afrobeats, Reggae, and Dancehall.

“Bubble it bubble it/ Bumba watch me wabble it/ Like a ball me a juggle it/ Every man wah fi cuddle it/ So me jiggle it juggle it this no big ano puddle/ So me couple it bubble it,” they sing.

Yemi became popular after she put out ‘Johnny’, her 2014 hit single.

Since then, the Afropop singer has gained prominence in the music industry, won multiple awards over the years, and embarked on world tours consecutively for her albums.

Spice, on the other hand, has established a name for herself in the Jamaican music industry. She is also fondly referred to as the ‘Queen of Dancehall’.

Watch the video below: