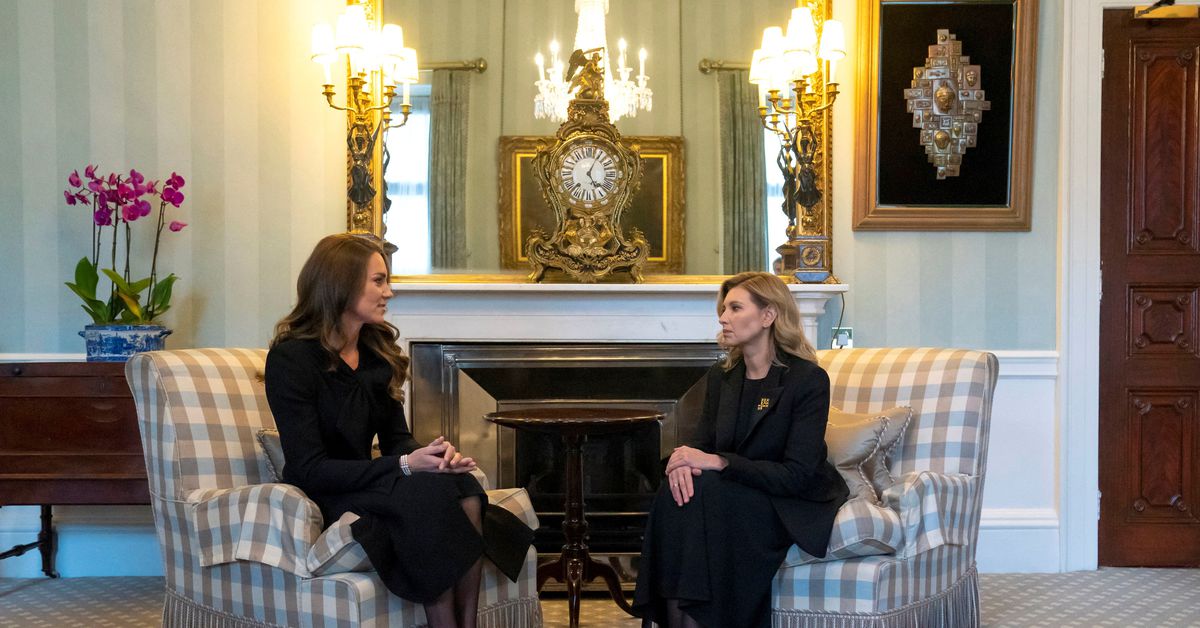 
The Princess of Wales (left) speaks with the First Lady of Ukraine, Olena Zelenska, as she welcomes her to Buckingham Palace in London, ahead of the funeral of Queen Elizabeth II. Picture date: Sunday September 18, 2022. Kirsty O’Connor/Pool via REUTERS

LONDON, Sept 18 (Reuters) – Britain’s Princess of Wales met Olena Zelenskiy, the first Lady of Ukraine, at Buckingham Palace on Sunday, a day before the state funeral of Queen Elizabeth.

Olena Zelenskiy will represent Ukraine in the absence of her husband President Volodymyr Zelenskiy on Monday at Westminster Abbey, where scores of world leaders will join King Charles and the rest of Britain’s royal family for the service.

Catherine and her husband William were given the titles Princess and Prince of Wales after William’s father Charles ascended the throne 10 days ago.