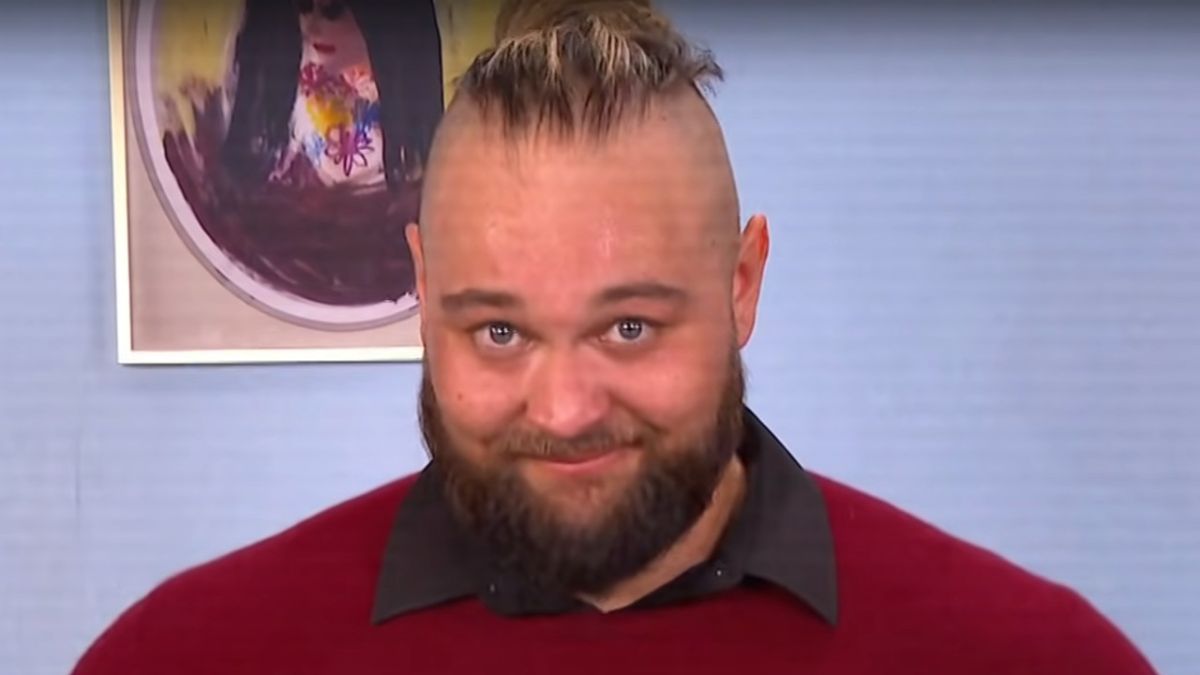 
The WWE has released a lot of wrestlers in recent years, though few hit fans as hard as Bray Wyatt’s did. The wrestling veteran was widely viewed as one of the brand’s most popular and original talents. So even as we approach the two-year anniversary of Wyatt’s release, there’s still rampant speculation regarding if or when he’ll return. Now, the rumors are swirling once again, thanks to a recent strange trend that’s been happening at WWE shows. But why does it have some thinking that it might signal the return of “The Fiend?”

Pro wrestling fans might be tired of constant rumors about Bray Wyatt’s return (and why it hasn’t happened). However, the eerie occurrence that’s been happening as off-camera during WWE shows as of late might renew some that hope that he’ll actually be back. Check out this video from Aaron Oster, who had his camera rolling during a SmackDown commercial break when Jefferson Airplane’s “White Rabbit” played throughout the arena. Not only that, but the house light colors turn blood red right at the end:

I thought this was for Kross’s entrance. Thought we might be getting the White Rabbit Kross again! #Smackdown pic.twitter.com/DsiseSkhG5September 17, 2022

The song has a very creepy — something that someone can truly feel while hearing it echo through the large, dark arena. Bray Wyatt’s brand in the WWE is creepy and, when he was The Fiend, he used some imagery involving rabbits. But despite the apparent link, the wrestling company has offered no concrete reason as to why the song was being played, as of this writing. What’s strange is that the exact same thing happened at a live show in Bakersfield (via Wrestling News) not long after, which makes it feel like there’s definitely something being teased:

The WWE has tried some new things as of late with its storytelling and has quietly introduced background events during programming. It’s possible that this song is part of another new creative tactic the company is using. And it could be hoping that by repeating some strange event off-camera, fans will get excited about whatever or whoever is coming. Obviously, many are hoping it’s Bray Wyatt, but without any confirmation by the company, it’s impossible to know if there’s merit to any of this.

The WWE recently brought Braun Strowman back following his release, so there’s always a chance the company is working to get Bray Wyatt back as well. Anyone with a Peacock premium subscription can revisit Wyatt’s last match with the wrestling organization, during which he took on Randy Orton at WrestleMania. Wyatt lost to Orton while acting as “The Fiend,” thanks in part to a betrayal by his cohort Alexa Bliss. Wyatt took a leave of absence from television following the loss and was eventually released in what ultimately became a period where the company dropped a lot of talent. Perhaps we’ll see him soon, provided this creepy reoccurring event is tied to him in some way.

Monday Night Raw airs on USA on Mondays at 8:00 p.m. ET. Be sure to keep an eye out for “The Eater of Worlds” there, or at any of the upcoming WWE events happening in the coming months.