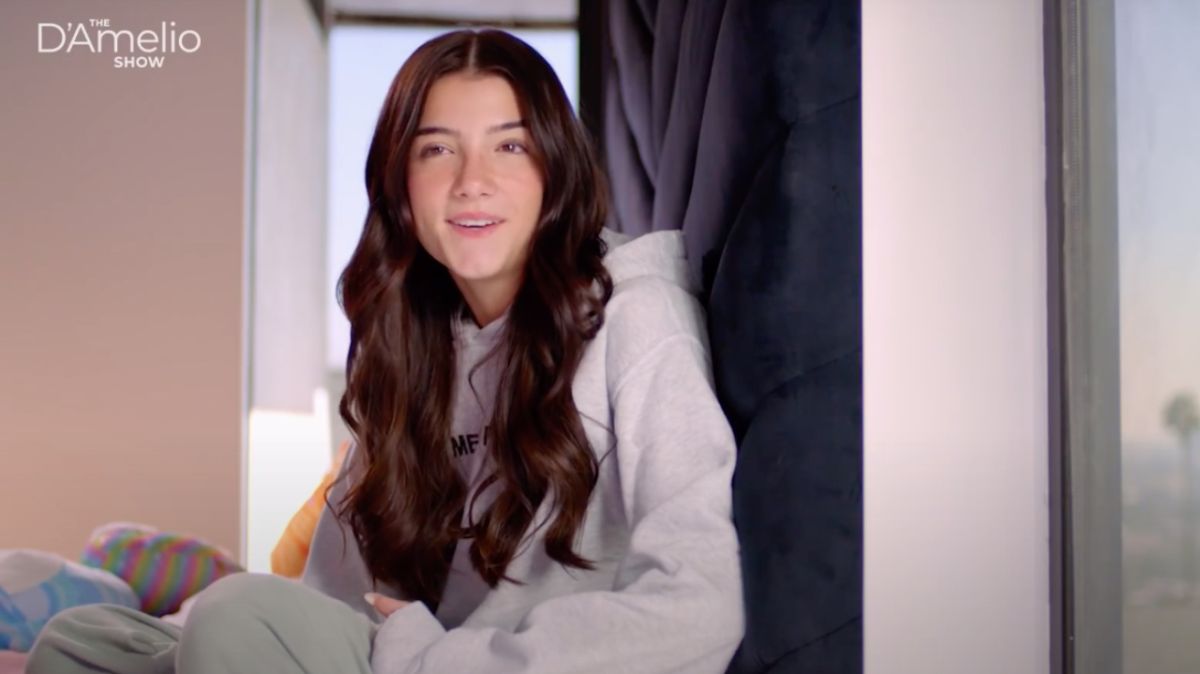 
Dancing with the Stars’ Charli D’Amelio is raking in the cash! The TikTok star blew up on the popular video app in 2019, and her fame has only risen since then. The 18-year-old dancer is one of the most notable creators on the platform, and it’s proven to be quite lucrative for her.  And what might surprise you is that D’Amelio made more last year than any CEO in the United States.

In 2021, Charli D’Amelio made reportedly earned $17.5 million, according to Forbes, making her the highest paid creator on the app. Her sister Dixie, who is also a content creator, was only second to her in earnings, making $10 million. Combined, the two sisters made a whopping $27.5 million. And if that wasn’t impressive enough on its own, here’s another major stat. The highest paid CEO in the country, ExxonMobil’s Darren Woods, made $15.7 million according to The Wall Street Journal.

This may seem surprising to many, as the TikToker has been posting on the app for less than four years. However, for active users like her, the figure isn’t so surprising, as the platform is widely known to be a money-maker for many. Plus, the D’Amelio sisters have gained a significant amount of notoriety and have found other ways to generate revenue over the years. Dixie D’Am, for instance, performed at Madison Square Garden for the annual Jingle Ball concert, while Charli has a partnership with Dunkin Donuts. And both sisters are currently involved in a retail partnership with Hollister.

All of that doesn’t even include the millions of dollars in ad revenue obtained from partnerships on TikTok. The two have a combined subscriber count of 204.5 million (Charli D’Amelio has way more subscribers than her sister, as she possesses nearly 147 million). This number makes the D’Amelio sisters two of the most sought-after social media influencers for advertisers looking to market stars.

One has to wonder what it is that makes the D’Amilio sisters so attractive to the millions of Gen-Z social media users that subscribe to their content. It’s hard to say, but what can be said is that their managers have done a great job marketing them and pairing them with popular brands. They are both talented dancers and singers, which gives them a leg up when it comes to crafting material and, of course, they dedicate a lot of time to their craft.

In addition, they both joined Netflix’s Hype House, which is a group of young influencers who post videos together from the titular California house. In short, the siblings have significant visibility in the media. As a result of their TikTok fame, the sisters and their parents have become the subject of a reality TV show. The series, titled The D’Amelio Show, is available now for Hulu subscribers. (And if the Kardashians have taught us anything, there’s money to be made in reality TV.)

It hasn’t been all butterflies and rainbows for the D’Amilio’s, though. Charli has opened up about the hateful comments she often gets as an Internet celebrity. She has also been pitted against fellow TikToker Addison Rae. In addition, anyone who has watched their show can see how exhausting it can be for two young girls to constantly build a brand while also trying to be normal teenagers.

I’m not sure the highly paid Charli D’Amilio will achieve normalcy anytime soon, especially since the social media star is competing on Dancing with the Stars Season 31. You can watch Charli showcase her dancing chops on the show streams on Disney+ on September 19. You can also check out our 2022 fall TV schedule to check out other shows airing this fall. Season 2 of The D’Amelio Show is also one of Hulu’s fall releases, as it premieres on September 28.