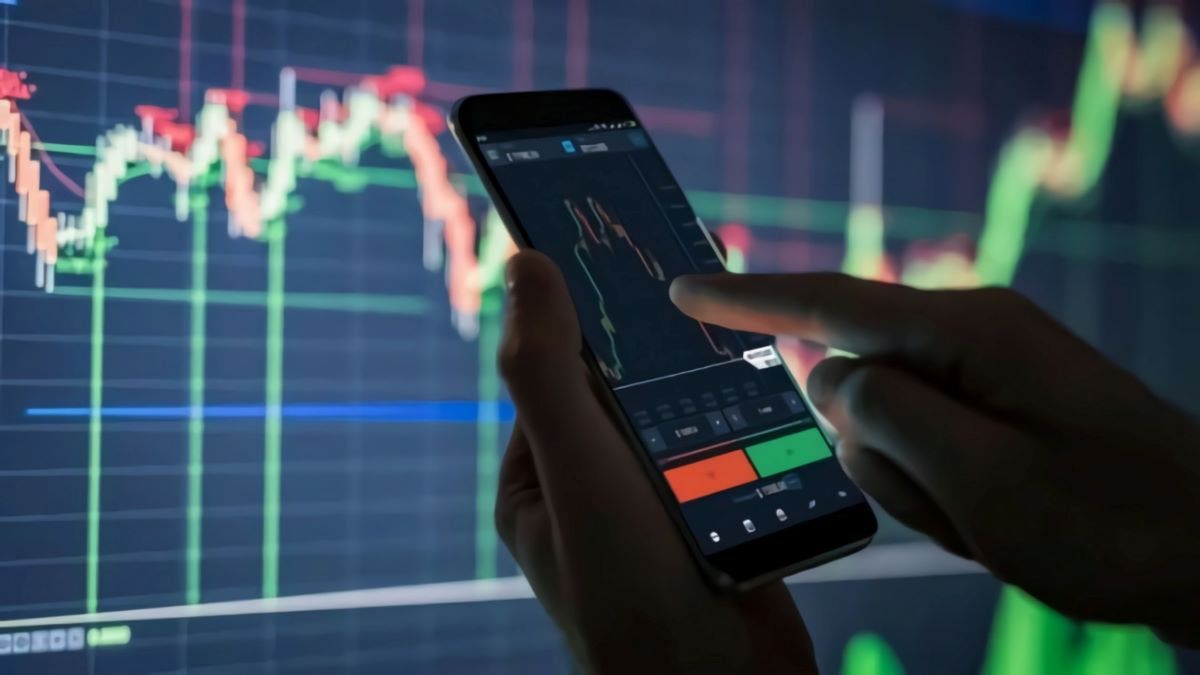 
July’s mini stock market rally was dealt a blow in August when the FTSE 100 index of leading UK shares fell by 2% during the month, while the mid-cap FTSE 250 plunged by over 5%. It was a similar story in the US last month, with the influential S&P 500 dipping by 4%.

August was a quiet month for trading on the London Stock Exchange with the total value of shares traded coming in at £77 billion, the lowest level in the past year. By comparison, March 2022 saw shares traded to the tune of £137 billion following Russia’s invasion of Ukraine.

As for the shares that are being bought and sold by UK investors, we’ve compiled a list of the top 10 most traded stocks based on data from AJ Bell, Hargreaves Lansdown, interactive investor and Freetrade.

Note: investing in individual stocks and investment funds is speculative and places your capital at risk. You might lose some, or all, of your money.

Soaring inflation, currently at a 40-year high in both the US and UK, continued to dampen investor sentiment in August.

Central banks have already instigated interest rate rises to try to control inflation, but the process is a delicate balancing act with both economies teetering on the edge of full-blown recessions.

UK equities fell overall during August, although large-cap energy and banking shares continued to be more resilient. Energy companies are currently benefiting from high commodity prices, while banks benefit from a policy of higher interest rates.

Overall, however, the UK stock market continues to face a number of issues. High energy prices and interest rates are likely to further squeeze consumer spending, while the economy has recently dipped into negative growth.

Political uncertainty also took its toll on the UK stock market as investors waited for the result of the Conservative Party’s leadership contest ultimately won by Liz Truss.

US equities also dipped in August after Jerome Powell, the chair of the Federal Reserve, the country’s central bank, appeared to dash hopes of modest interest rate rises in the immediate future.

Sector-wise, technology, healthcare and property sectors experienced some of the sharpest falls. In contrast, energy stocks were boosted by the continued supply constraints of fossil fuels.

What shares were investors buying?

With five new entrants compared with the previous month, August marked a wholesale change to the most popular shares on investors’ buy lists. Amazon, Rio Tinto, Glencore, IAG and Alphabet were replaced by Vodafone, BHP, GSK, Bed Bath & Beyond and Cineworld.

FTSE 100 heavyweights, such as BP, Lloyds and Legal & General, continued to dominate the most bought list, with defensive shares in sectors such as healthcare, financial services and consumer staples being seen as relative ‘safe havens’.

Blue chip companies also appeal to income-seekers due to their consistent track record of paying dividends. Vodafone, GSK and BHP are currently trading on dividend yields of around 7%-12%. The dividend yield is a measure of expected annual returns, calculated on the basis of last year’s dividend divided by the current share price.

It’s been a challenging time for Vodafone, with its share price having fallen by almost 50% over the last five years. As with other telecoms companies, Vodafone carries a high level of net debt to fund the substantial capital expenditure required for its networks.

However, investors may view the company’s depressed share price as a good buying opportunity, particularly given its current dividend yield of nearly 7%. Vodafone’s strong market share in the UK, Germany and South Africa, together with the 5G roll-out, should also offer some protection if consumer spending is squeezed.

American home goods retailer Bed Bath & Beyond also warrants a separate mention. The company’s share price has fallen by over 60% in the last year due to poor sales and mounting debts. It recently announced a turnaround plan, including raising additional financing to strengthen its balance sheet.

The company’s share price was particularly volatile in August, due to meme stock trading and scrutiny over the share sales of activist investor Ryan Cohen and the company’s late chief financial officer.

What were the most-sold shares?

There was less movement in terms of the month’s most sold shares, with Cineworld and Bed Bath & Beyond replacing Barclays and AMC. The most sold shares were also principally FTSE 100 heavyweights in the commodities and financial services sectors.

BP was the most sold share in August, with its share price hitting a year-high of £459. The company continues to benefit from high oil and gas prices, recently announcing that quarterly profits had tripled, along with a substantial dividend and share buyback programme.

Investors in BP may have been tempted to ‘profit take’ given the 50% increase in share price over the last year and the threat of a further windfall tax on profits. As with the other energy giants, the company faces the challenge of moving away from fossil fuels to renewable energy sources over the next decade.

Glencore and Shell investors are also sitting on potential share price gains of 47% and 62% respectively over the last year, which may explain their positions in the top five most sold shares list in August.

Cineworld is a new entrant to both the most bought and sold list. Due to the lockdowns and competition from streaming services, it has been struggling for financial survival.

Investors in the company have certainly endured a painful 12 months, with a 93% decrease in its share price, including a 60% drop on one day alone in mid-August. As the fourth most-sold share, investors seem to have run out of hope for a revival in its fortunes.

The company’s announcement of its requirement for refinancing was followed by confirmation of a Chapter 11 bankruptcy filing in the US. However, given Cineworld also made number ten in the most bought list, more intrepid investors may be hoping that the company manages to secure a rescue package to continue trading.

It remains to be seen whether the slide in UK stock markets in August is short-lived or the start of a more sustained downturn. There is still a high level of uncertainty with investors waiting for the next set of inflation and economic data.

Capital Economics predicts the base rate will hit 3% in mid-2023 in the UK, with the Bank of England forecasting a further rise in inflation to 13% over the next quarter. This is likely to have a negative impact on stock markets if consumer spending falls and companies face more challenging trading conditions.

The pound has also fallen to its lowest level against the dollar since 1985. Although a weaker pound may benefit companies with substantial US earnings and investors with overseas investments, it would also lead to a rise in the cost of imports for companies and consumers.

Overall, the current level of economic and political uncertainty is likely to drive continued volatility in global stock markets. As a result, investors may want to consider taking steps to protect their portfolio against a stock market crash, including diversifying into different sectors and asset classes.
If you’re looking to trade in shares, it’s also worth taking the time to choose the best trading platform for your individual circumstances as fees can vary significantly.