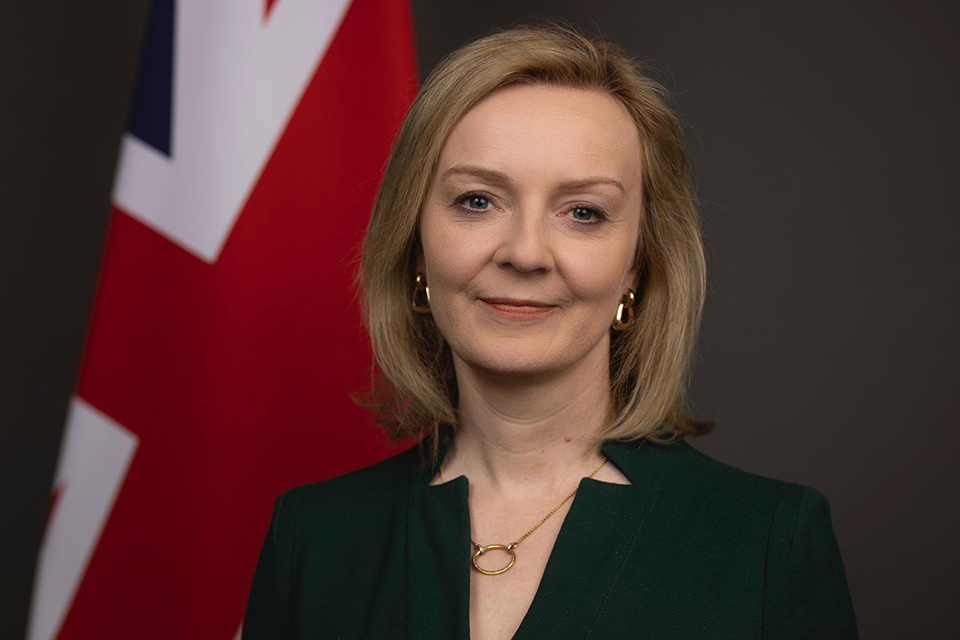 
We have been through a very difficult fortnight in the UK, Her Majesty The Queen was much loved and there’s been a huge outpouring of grief, both in the United Kingdom and around the world. To many of us she represented not just modern Britain but the modern world, taking over just after the Second World War and serving with distinction for 70 years – almost as long as the UN has been running.

We now enter a new era. What has been very heart warming is the way people have opened their arms to our new King, King Charles III. I’ve been doing sessions around the UK – in Belfast, Edinburgh and Cardiff. The streets are lined welcoming the new King and the UK is moving into a new era.

I thought it was very important that I came to the UN General Assembly this year, because we are facing such a difficult international situation, with the war in Ukraine started by Vladimir Putin. We’ve heard more sabre rattling from him this morning. But also we need to get the global economy back on its feet after Covid, and really ensure democracy prevails.

I think one of the things we’ve learned from the past few months is that when countries are dependent on authoritarian regimes, that can be used as a weapon against them. That is a position we should never find ourselves in again. That is why having a strong economy is so vital for the future of the United Kingdom.

This week the Chancellor will be doing his fiscal statement. I can’t pre-empt what he’s going to say, but what I can say – and I outlined this during the leadership campaign – is that we want lower, simpler taxes in the UK to incentivise investment, to get more businesses going in the UK. But also to encourage more people to go into work. We do, following Covid, have a significant number of people that are economically inactive. We want to encourage more of them to go into work with a tight labour market, get the right skills, as well as being a country that attracts economic investment. So we won’t be raising corporation tax, as was planned. We’ll be reversing the National Insurance rises which took place earlier this year. And the Chancellor will be announcing various other simplification measures.

While this is just the start, our long-term plan is to simplify Britain’s taxes and to make us a better place to invest and be unashamedly pro-business. And that’s every kind of business – whether it’s life sciences, whether it’s technology, whether it’s financial services. We want the City to be the most competitive place for financial services in the world, and we see that as a key part of the levelling up agenda, because when we unblock capital, that capital will be used across the UK to make every industry become more productive and competitive.

So alongside the tax statement that the Chancellor will lay out, he’ll also lay out a series of supply side reforms to make our economy more productive over the long-term, in areas like financial services. Dealing with Solvency II, dealing with MiFID, in areas like infrastructure – getting roads built, getting broadband built, getting mobile phone masts built so you can get reception right across Britain. Reforming regulations so that when business set up they’re not hit by mountains of red tape, they’re able to get on to growing the country. We’re also going to be introducing low tax investment zones across the country, in parts that are left behind. It’s going to be easier to get things done in those zones. The Chancellor will be making that announcement on Friday.

We’ve also got a business scheme which is going to last for six months to help businesses get through. And the reason we felt it was right to intervene in this way is because we are dealing with a long-term failure of energy policy – we should have made sure Britain was not subject to the global energy price and the various fluctuations. We didn’t do that, we didn’t build enough nuclear power stations 20 years ago.

There’s a Chinese proverb which says the best time to plant a tree is 25 years ago, but the second best time is today. So at the same time as the short term intervention – and this short term intervention is projected to reduce inflation by up to five percent, as well as increase economic growth by up to one percent – as well as that short term intervention we’re now working on entering long-term energy supply contracts with friendly countries, including with the United States. As well as exploiting more of our North Sea gas reserves, getting on with the need to build nuclear power stations, getting on with offshore wind, so that by 2040 the UK will be a net energy exporter. We will never be in this situation again.

I finally wanted to say, on the subject of investment and trade, I’m proud that when I was Trade Secretary we set up the Office for Investment. I think it has done a good job, we want to turbocharge its work and make sure we are providing investors into the UK the best possible service, cracking through any obstacles that might be in the way of successful investment projects. We’re also planning another investment summit next October, and I think I met many of you at the last investment summit.