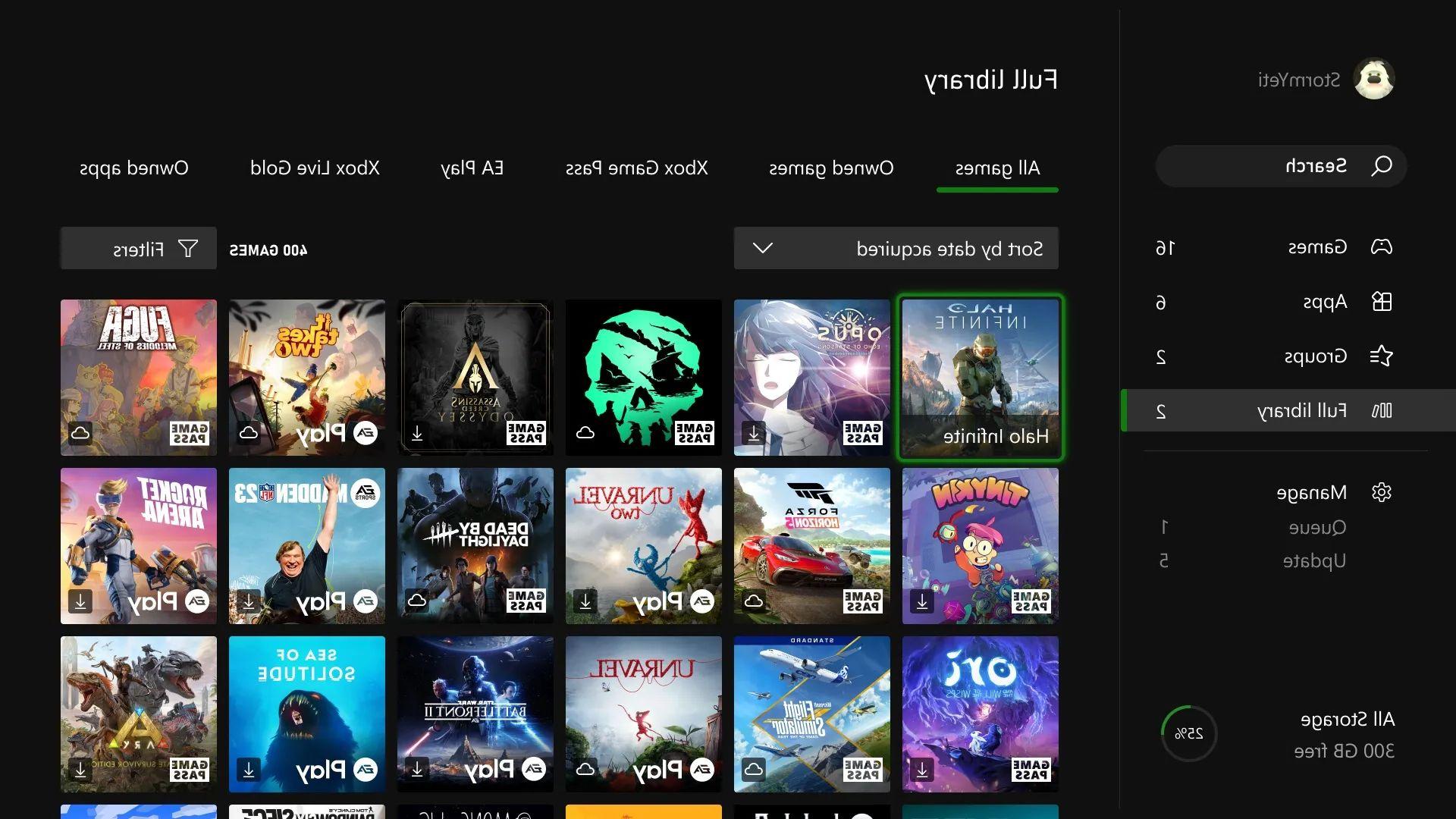 
Microsoft announced a new update for the Xbox One and X Series. The update is focusing on making improvements to the consoles on the Library screen.

As part of the update, the Full-Library view on the My games and apps screen was redesigned. The redesign has the aim to make the games easier to play and install.

A player can access all games in this video and a game they have on his subscription, such as Xbox Game Pass, EA Access, or games that are claimed by Games with Gold.

Xbox players can also now change their games and apps’ default installation locations. Games optimised for Xbox Series X/S can be installed in a different location than backward compatibile games and apps. Both of these two also allow for USB-based applications.

For those who want to monitor their install locations without any interference, Xbox also can choose where to install games and apps, and choose one of the fastest available drives, with sufficient space.

This includes revamped library screen, and now Xbox has revealed more details about the smaller changes to the gaming options. The Xbox Elite Wireless Controller Series 2 can now be customised so that the Xbox button has different colour choices. It is a full RGB customise.

The Xbox One, Windows 10, and the party chat feature are now also available on the Xbox X/S. Players can choose to switch between accidental noise and interruption. This includes sound like flicks, breathing, and background noise.

Lastly, Microsoft updated the Xbox app on smartphones so that players can create parties for multiplayer gaming based on their mobile devices. In the social tab on the app is now a new Party option, where players can check their recent parties and even create new ones.