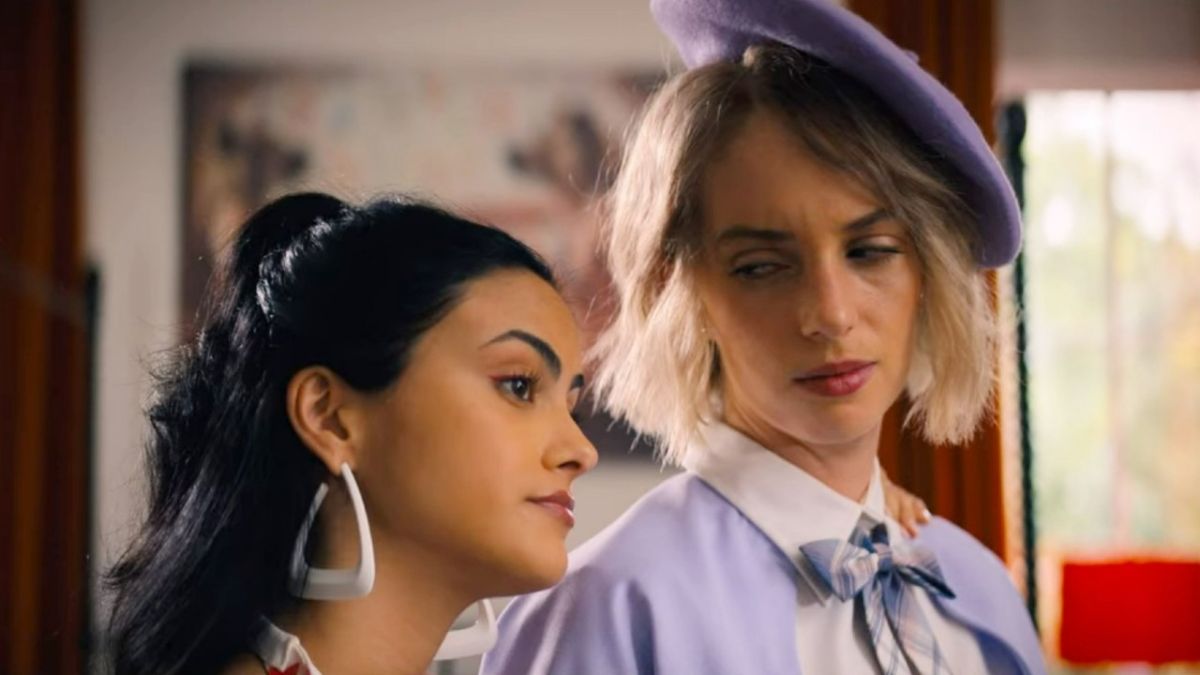 
You ever watch a trailer and instantly know that this is going to be a movie that you love? That’s how I felt seeing the Do Revenge trailer. It felt like a movie that called my name. I was right to make these assumptions because Do Revenge is one of the most fun movies of 2022. It’s also one of the best Netflix movies to watch right now.

The Do Revenge cast includes some talented actors on the rise, including Maya Hawke, Camila Mendes, and Austin Abrams. It’s a witty film with plenty of nostalgic references and clear influences from some of the best teen movies, including some great teen movies on Netflix. While watching it, I couldn’t help but have many thoughts, including that I would also like Sarah Michelle Gellar to bury me in the woods and lead the search party to find me.

Here are some of my other thoughts.

Warning: Do Revenge spoilers ahead. Proceed with caution.

Do Revenge is about high school students, but nothing about it completely screams Gen Z. It screams Millennials (and Gen Xers who were teens in the ’90s). Gen Z isn’t running Hollywood yet, so it makes sense that this film wasn’t written by Gen Z, but some films you don’t notice that it’s not really designed as a movie for the generation it represents.

I think Gen Z can get a lot of enjoyment out of this film, especially because it contains stars they recognize, but it seems more like a love letter to films of the ‘90s and early 2000s. This automatically means it will likely connect more with some Gen Xers and Millennials. Some of the music is from today’s artists, but a lot of the songs are ones that Millennials and Gen X have heard many times during their youth.

I couldn’t help but watch Do Revenge and draw comparisons to movies such as Mean Girls, The Craft, Heathers, Bring It On, Jawbreaker, Clueless, and Scream. The ending of Do Revenge also felt a lot like the Cruel Intentions ending. This makes the Sarah Michelle Gellar casting even more juicy and perfect.

Do Revenge has all the makings to be one of the epic teen movies, especially ones made in the ‘90s or early 2000s. It also feels like a future cult classic, because it knows its audience and crafts a clever script that’s both nostalgic and innovative. This allows it to reach several generations of audiences.

Do Revenge Is Aesthetically Pleasing

I could not tell you at all the Rosehill Country Day school colors because they’re kind of all over the place. I, however, can tell you that I loved the uniforms and the different ways the students styled them. The costumes are one thing that I loved about the Do Revenge aesthetic. Most of them were very bright and bold.

The Do Revenge wardrobe is like something you would see in the upcoming Barbie movie. I couldn’t wait to see what the costume department would have the actors in next. The sets of Do Revenge were also a wonder in colors, brightness, and quirk.

Everyone’s home was both massive and uniquely pretty. Everything about the costumes and setting, and even the camera filters and editing, made Do Revenge feel unattainably beautiful (and also overly bubblegum pop-esque) and that was probably the point.

All These Characters Are Devious… I Love It!

Movies that have clear lines between good and evil are fine and often enjoyable, but antihero shows and movies are just a little more fascinating to me. Do Revenge is all about devious characters.

Technically, Drea (Camila Mendes) and Eleanor (Maya Hawke) are the main characters and “heroes” of the movie. However, I wouldn’t necessarily classify either of them as heroic figures. Both did some pretty shady and mean-spirited things to each other and others. However, if you compare them to Max (Austin Abrams), they’re saints.

Not having Drea and Eleanor be particularly virtuous characters, but still, ones you can root for and support, is half the fun of Do Revenge. Introducing the main characters that are morally ambiguous automatically makes me know that this movie is going to be a good time. Heroes are great, but antiheroes are even better.

Friendship Is Always Important, Even If Your Bestie Tries To Ruin Your Life

Female friendship movies are great because they show that there is no one size fits all to friendships.  Some friends cheer each other on in a ra, ra way. Other friends prefer a bit more mayhem in their relationships. As Drea said, Eleanor and she are basically toxic soulmates.

Look, there are many types of platonic soulmates. One kind is all about learning, growing, and bringing joy to each other. Then there are the soulmates who might encourage each other to hide evidence of a potential crime. Every friendship is unique and special, and I say to each his or her own. If the latter category of friendship appeals to you, then you probably need at least one friend who’s willing to do whatever it takes to cause chaos in your honor, of course. There is a friendship out there for you, no matter which way you roll.

Do Revenge Is Definitely A Film That Needs Multiple Viewings

Once you see the Do Revenge twist, it puts a lot of things into perspective. The audience will be able to spot all the times that Eleanor was frustrated at Drea for not remembering her. Do Revenge is also full of pop culture references, so re-watching it allows you to catch more of them.

Then there is a lot of clever foreshadowing throughout the film, including at the very beginning. I truly believe that Do Revenge has cult-following potential, so re-watching it may just make that happen a little sooner. There is so much you pick up in Do Revenge with multiple viewings. For example, I didn’t notice how much Max being exposed reminded me of Kathryn’s (Sarah Michelle Gellar) exposure at the end of Cruel Intentions. I also understood more now why Eleanor randomly screamed in her car after telling Drea what happened to her at day camp.

Do Revenge reveals a lot with each viewing.

Do Revenge continues to climb the Netflix trending charts, so you can add to that by streaming it again. Stream Do Revenge on Netflix. (opens in new tab)Make sure to bookmark the Cinemablend upcoming movies schedule to stay up to date on all the latest film release dates.