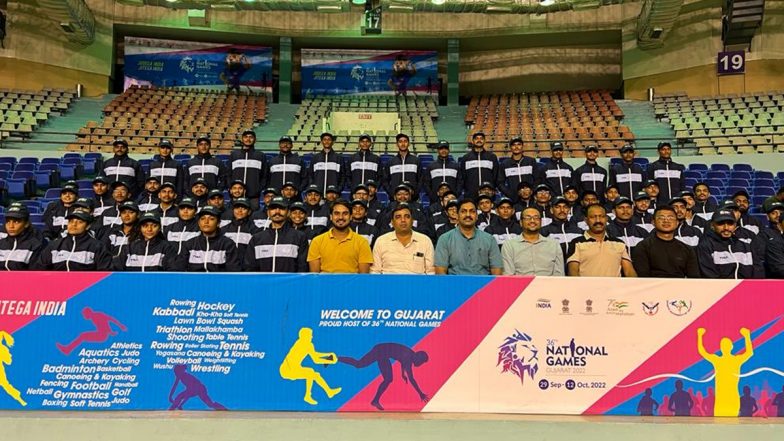 
The 2022 National Games will be the 36th edition of the games and will be held in the state of Gujrat, across six cities Ahmedabad, Gandhinagar, Surat, Vadodra, Rajkot, and Bhavnagar from September 27 to October 10, 2022.  The National Games will be held after seven years after the 2015 Games in Kerela, as the 2020 Goa Games were cancelled due to the Covid-19 pandemic. It will be seeing about 8000 athletes participating in the Games from all over the states, the union territories, and the also from the Indian armed forces. Meanwhile, you can download for free the full National Games 2022 Schedule in PDF Format here.

A total of 36 sporting disciplines will be played in the 2022 National Games including, athletics, field hockey, cricket, football, skateboarding, judo, and many more along with the Indian traditional games such as Kabaddi, Kho-Kho, Mallakhamba, and Yogasana. All the games will be played across the six cities in Gujrat except the cycling (track) event which is set to be organized at Velodrome in Delhi. National Games 2022 in India Live Streaming Online: Get Live Telecast and TV Channel Details of 36th Edition of Sports Competition Held in Gujarat

Let’s take a look at the schedule of all the sporting events to be played at the National Games 2022:

The National Games will be returning after a wait of seven years and will be held in Gujarat, the home of Prime Minister Narendra Modi. It will be welcomed graciously with an Opening Ceremony at the Narendra Modi stadium in Ahmedabad. All the athletes will try to win as many medals as possible for their team and will the Indian armed forces defend their throne after winning the most medals in the previous National Games.

(The above story first appeared on LatestLY on Sep 22, 2022 07:23 PM IST. For more news and updates on politics, world, sports, entertainment and lifestyle, log on to our website latestly.com).