ANNAPOLIS, MD—Following his announcement that the Kanagawa Science Park would become the newest partner of Maryland’s Global Gateway program, Governor Larry Hogan joined Governor Yuji Kuroiwa of Japan’s Kanagawa Prefecture to celebrate the 40th anniversary of Maryland’s Sister State relationship with Kanagawa. The dinner, which took place in the prefecture’s capital city of Yokohama, was part of the governor’s economic development mission to Asia.

“Maryland and Japan share many connections that are perhaps most apparent through our sister state-prefecture relationship with Kanagawa, which continues to be one of our oldest and most important sister state relationships in the world,” said Governor Hogan. “We are so pleased to have the chance to finally celebrate the 40th anniversary milestone of this thriving partnership.”

The Sister State relationship, which was established in 1981, was initially inspired by the common geographic features of the two regions: both have mountains, beaches, a large bay, and are located in close proximity to their respective nation’s capital. Since then, Kanagawa and Maryland have built strong ties through business cooperation and academic exchange. Over the past four decades, bilateral projects supported by Maryland and Kanagawa have ranged from lacrosse exchanges to arts and culture programming, women’s issues, a clean energy research mission, and student visits. 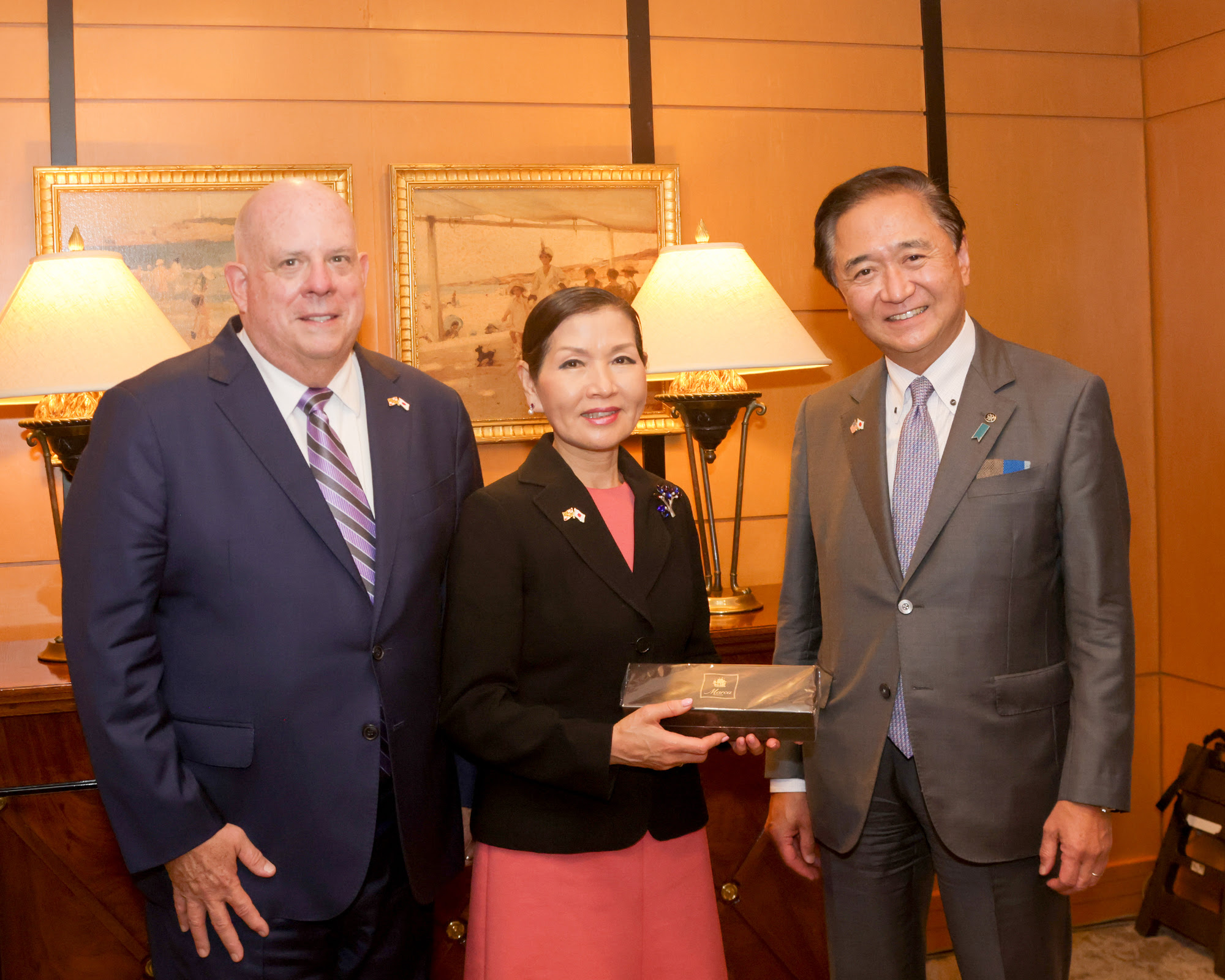 In 2019, Governor Hogan welcomed Governor Kuroiwa to the State House in Annapolis to renew and expand a memorandum of understanding between Maryland and Kanagawa. The agreement highlighted the regions’ shared commitment to advancing the life sciences and health care, and sought to increase collaboration in key sectors including cybersecurity and robotics.