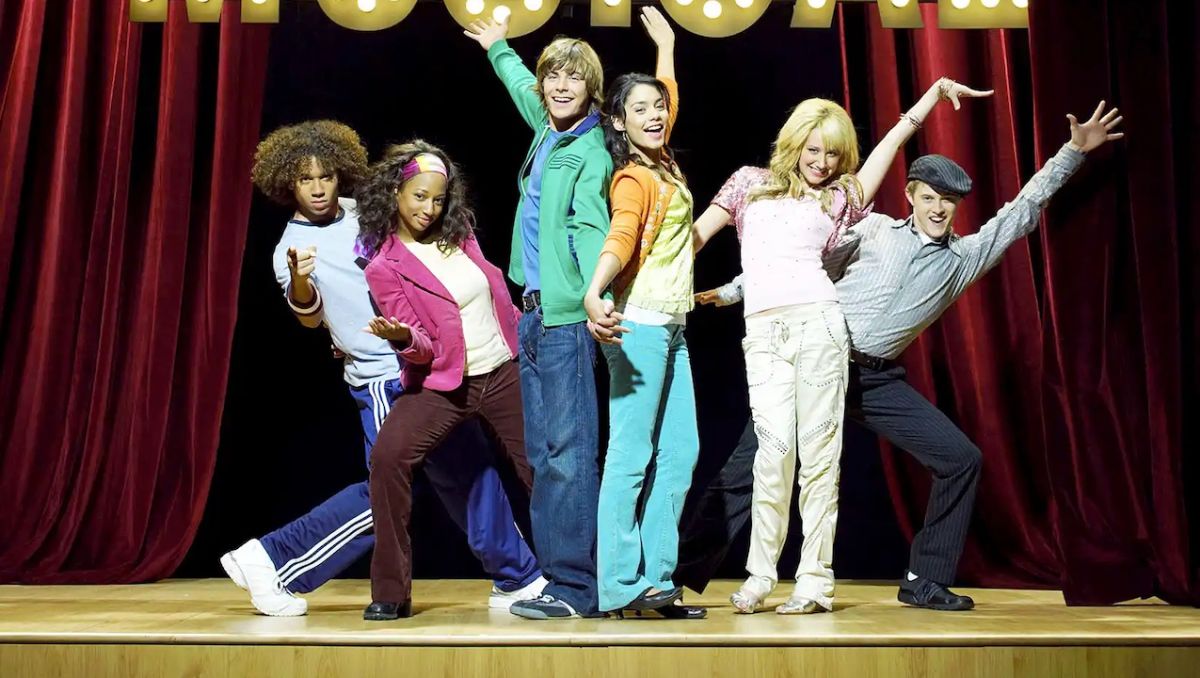 
During the D23 Expo early this month, the studio excited Disney Channel fans when it was announced that the fourth season of High School Musical: The Musical – The Series would include a storyline where High School Musical 4: The Reunion was being filmed at East High with the show’s high schooler going cast being extras in the meta movie. As production for Season 4 begins, the returning original cast has been revealed with some key stars missing.

In a Disney+ press release, it was announced that HSMTMTS is currently filming in Salt Lake City, Utah with some memorable original cast members back at East High. Corbin Bleu, Monique Coleman, Lucas Grabeel, Bart Johnson, Alyson Reed and Kaycee Stroh are returning to the franchise after starring in the original trilogy, but its biggest stars Zac Efron, Vanessa Hudgens and Ashley Tisdale are notably absent from the lineup. Check out the image from set:

Corbin Bleu returns for his second season in the Disney+ series following Season 3, where he played “a bit of an ass” version of himself as the East High kids went to summer camp and he led a filmed production of Frozen. Lucas Grabeel also previously guest starred in the series’ first season. Monique Coleman and Bleu previously reunited for Lifetime’s A Christmas Dance Reunion last year after playing Chad and Taylor.

Alyson Reed played East High’s theater teacher Ms. Darbus, Bart Johnson played the father of Zac Efron’s Troy Bolton and Kaycee Stroh was a supporting character named Martha Cox, who revealed “hip-hop is my passion!” in the “Stick To The Status Quo” number. While it’ll be exciting to see these High School Musical original cast members back at East High for the “filming” of the fourth movie in the franchise within the show, it really won’t be the same without the movies’ brightest stars and leads.

Months back, on separate days, both Vanessa Hudgens (on Instagram on June 26) and Zac Efron (also on his Instagram on July 22) posted on social media their return to East High. It led fans to believe it was coinciding with their reunion moment, however HSMTMTS has reportedly only now begun filming. When the show’s creator Tim Federle was asked about it, he said this to TVLine:

Previously, Zac Efron has shared his hopes to return to Troy Bolton someday, but for the time being, it seems like the High School Musical reunion is incomplete with the trio of Disney Channel stars not on set with their former costars. You can catch up on the latest season of HSMTMTS with a Disney+ subscription.