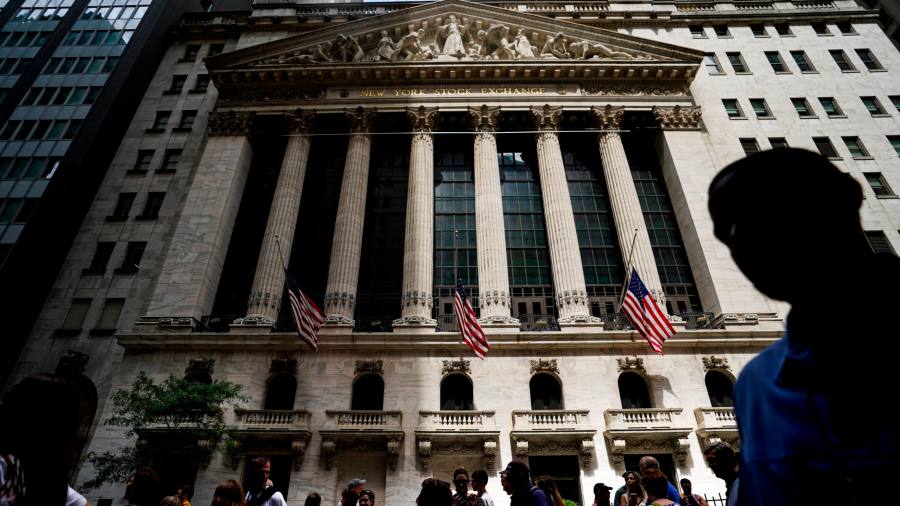 
Stocks tumbled at the end of a tumultuous week and oil prices recoiled to levels last seen before Russia’s full-scale invasion of Ukraine, as fears over the health of the global economy rippled through financial markets.

Wall Street’s S&P 500 dropped 1.8 per cent in New York morning dealings, putting the broad gauge on course for a fourth consecutive daily fall. In Europe, the Stoxx 600 lost 2.3 per cent. That took the regional index’s decline since its January high to more than 20 per cent, marking a shift into a technical “bear market”.

Those sharp moves came days after the US Federal Reserve fired the starting gun on another round of interest rate rises by international central banks, hoisting borrowing costs by 0.75 percentage points for the third time in a row to take its target range to 3 to 3.25 per cent.

A day later, the Bank of England joined the tightening trend — jacking up rates by 0.5 percentage points to 2.25 per cent, while the Swiss National Bank took its lending rate into positive territory for the first time since 2015, at 0.5 per cent.

Concerns have intensified in recent months that authorities will turn the screws on monetary policy so aggressively that they squash demand, compounding an economic slowdown. Those worries have fuelled volatile trading this week, with emphatic swings in stock prices and bond yields.

Rising US interest rates and the looming threat of a recession in the world’s largest economy prompted Wall Street bank Goldman Sachs to cut its year-end forecast for the S&P 500 index to 3,600 — implying a decline of around 4 per cent from Thursday’s closing level.

David Kostin, an equity strategist at Goldman, said that a majority of the bank’s clients had adopted the view that a “hard landing” was inevitable for the US economy and investors’ focus was on the timing, magnitude and duration of a potential recession.

Citi’s asset allocation team said the Fed had “all but promised a US recession” and investors should not pin any hopes on a “Santa Claus” rally for the stock market at the end of the year.

In a further sign of recessionary fears gripping markets, international oil benchmark Brent crude slid more than 5 per cent on Friday to its weakest level since January, at under $86 a barrel — pushed lower by expectations of waning demand.

Meanwhile, in an announcement that weighed acutely on UK markets, new chancellor Kwasi Kwarteng on Friday unveiled a mini-Budget including details of a package aimed at stimulating growth in Britain’s stagnating economy. The plan included bold cuts in business and personal tax rates.

London’s FTSE 100 fell 2.3 per cent. UK government bond yields jumped by historic magnitudes across all maturities in a reflection of concerns over the cost of the government’s borrowing strategy, which will be financed in large part by selling gilts.

The five-year yield rose 0.47 percentage points, according to Refinitiv data, reaching 4 per cent.

In currencies, the pound fell more than 3 per cent against the dollar to a new 37-year low of $1.09. The greenback rose 1.4 per cent against a basket of six peers to hit a fresh 20-year high.