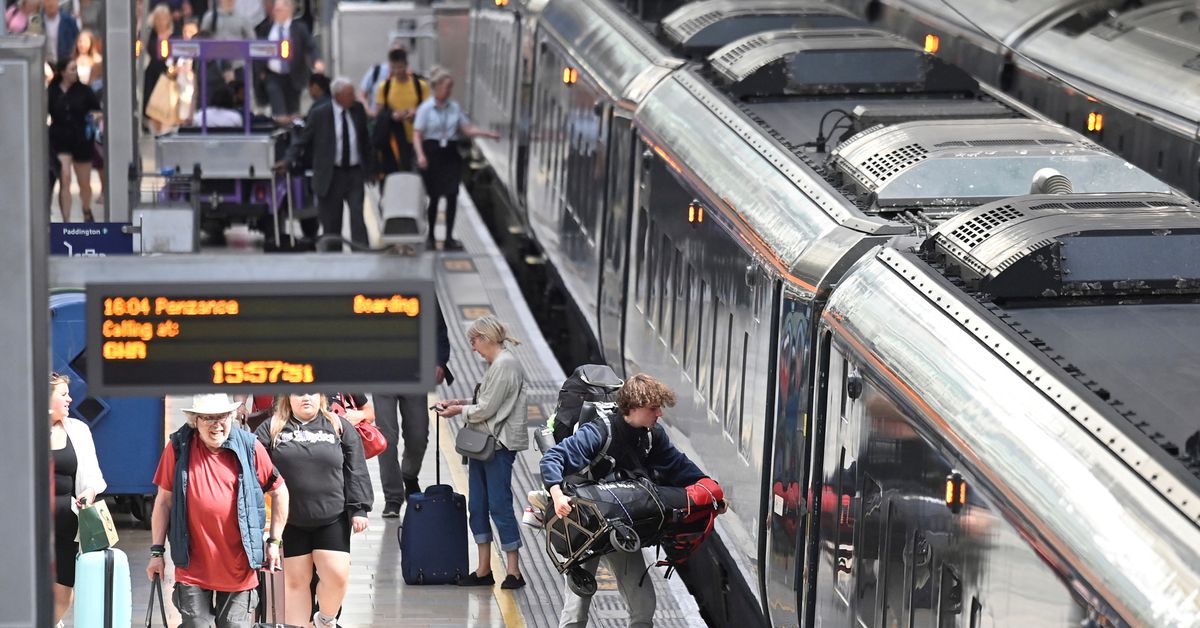 
Passengers board a train bound for the west of England, ahead of a planned national strike by rail workers, at Paddington Station, in London, Britain, June 20, 2022. REUTERS/Toby Melville/

LONDON, Sept 23 (Reuters) – British railway workers at ScotRail will carry out strike action on Oct. 10 in a pay dispute, the RMT union said on Friday after rejecting what the Scottish government-owned company offered workers.

“Scotrail knows this offer is not good enough and needs to take into account the escalating cost of living crisis,” RMT’s Mick Lynch said of the 5% rise the union stated it was offered.

Workers across industries have walked out to demand better pay as the country is facing a cost of living crisis after the pandemic and in the wake of the war in Ukraine.

The RMT union met the government’s new transport minister Anne-Marie Trevelyan this week, with Lynch calling it encouraging, ahead of a series of strikes planned for early October when the Conservative Party’s annual conference is to be held in Birmingham.

“ScotRail has today been notified by the RMT that its members will hold ScotRail strike action on Monday, 10 October. This will have significant consequences for the service we are able to offer,” ScotRail said in response to the strike.

The company, which is owned by the Scottish government and has more than 5,000 employees, said it will lay out the full extent of the impact from the planned walkout in the coming days.